Sharing CeMi findings with planners: Interaction from the kitchen table during a pandemic

The last year made us rethink how we approached both our meeting places and the technical tools to assist and organise online meeting. Though these tools have been there for quite a while, people have been apprehensive to use them. The pandemic has made us experts on Zoom and Teams and most likely, we will continue to do so alongside face to face meetings.

The research group I work with, Sustainable Urban Development and Mobility at the Institute of Transport Economics, manage a forum which brings together planners at the local and regional level along with road and rail authorities at the state level. We organise between four to six seminars per year, and in the last year and half, we have been exclusively digital. The aim with the seminars is to stay in touch with planning practice at local, regional and state level, to discover what they want to know more about and for us to tell them what we have found in our research. We aim at defining both knowledge gaps and research ideas together with the participants. 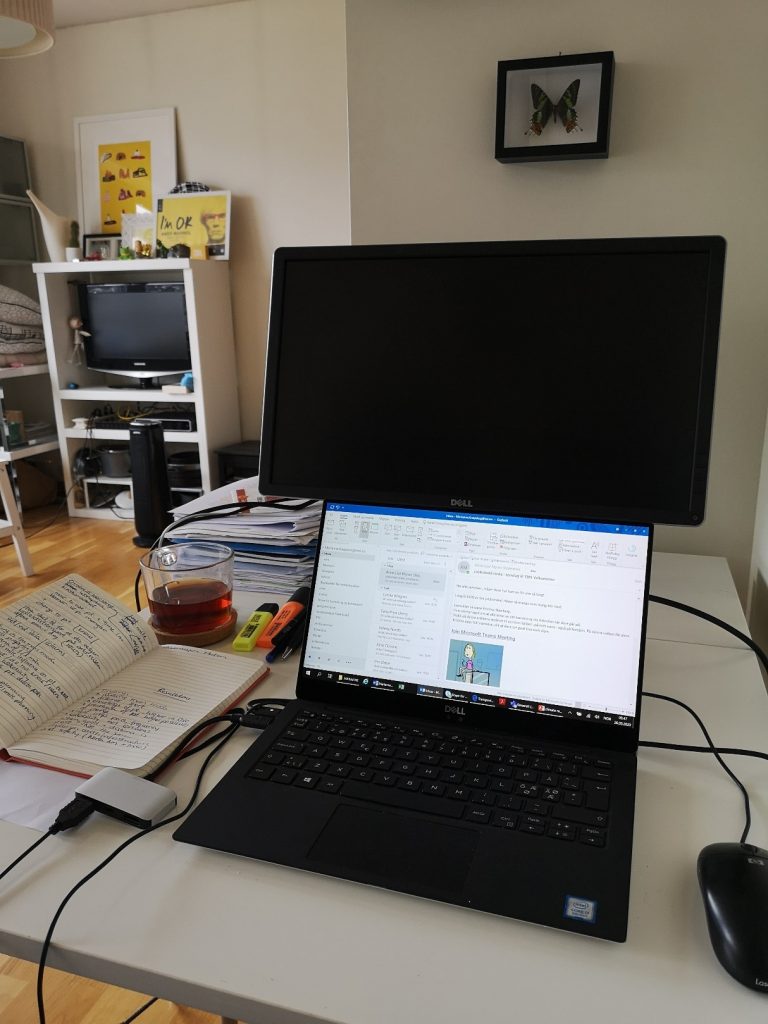 Tanu and I, working on Drammen in Norway in the CeMi project, thought our emerging findings would be interesting to discuss with Norwegian planners. These findings relate to the use of cemeteries as a public space and the changing burial practice due to societal change and migration. In addition to CeMi’s perspective on towns, we wanted to add medium- and large-sized cities as well. Grete Swensen, a senior researcher at NIKU who has worked on cemeteries in Norway for a long time, agreed to present a snapshot of her research from Norwegian cities in the seminar Additionally, a planner working on new cemeteries and a national advisor on cemetery regulation both spoke. We called the seminar ‘The cemetery in the dense city or town: important knowledge gaps’. It was held on Wednesday 26 May 2021 and was fully virtual on Zoom.

The point of departure for the seminar was the ongoing densification in Norwegian cities and towns of various sizes, new attitudes towards using cemeteries as public spaces, and ways in which cemeteries are incorporated as part of the city’s green infrastructure. We asked – what do we know, where are the biggest disagreements and uncertainties, and what kinds of new knowledge do we need?

As researchers, we found the that our findings were relevant for planning practice, and for many participants this was a new topic, something they had not so far considered in their work. The cities and towns participating in the discussions also found common issues across them, such as (in)accessibility via public transport to cemeteries and crematoriums. Physical access remains a largely unresolved issue both for urban infrastructure and public transport use. Overall, we got good feedback from the participants and some useful leads for future research topics such as mobility and accessibility and how cities and towns cope with the inhabitants changing burial practices such as cremation and memory gardens. As Tanu and I logged off the Zoom meeting, we were invigorated by the virtual coming together of (cemetery) planners reinforcing the belief that connecting to planning practice is always useful.