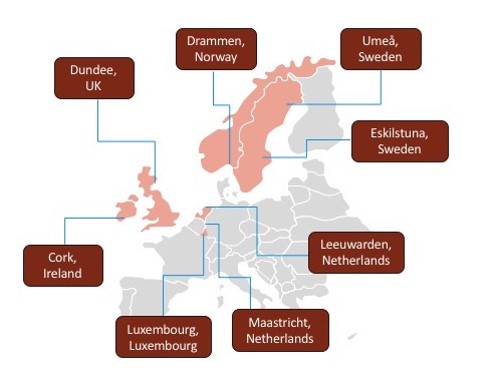 CeMi will examine 8 large North-Western European municipalities across six countries. Each case study has a similar population (circa 110,000 – 150,000) and significant foreign-born/ ethnic minority populations. They cover a range of economic regions, have socially, culturally and ethnically diverse populations, including long-standing established ethnic minority communities and more recent EU and Third Country National (TCN) migrants. Mixed participatory research methods will be used to study issues and experiences from multiple perspectives, including cemetery and crematoria providers, planners, civil society organisations and grassroots users. The project will produce academic publications, policy–briefing reports and recommendations (co-produced with project participants and translated into multiple European and TNC languages) and a travelling exhibition with creative activities. This will provide feedback to municipalities and encourage ongoing dialogue between the providers and the varied users of these important and sensitive public spaces.

More information will be made available at a later time